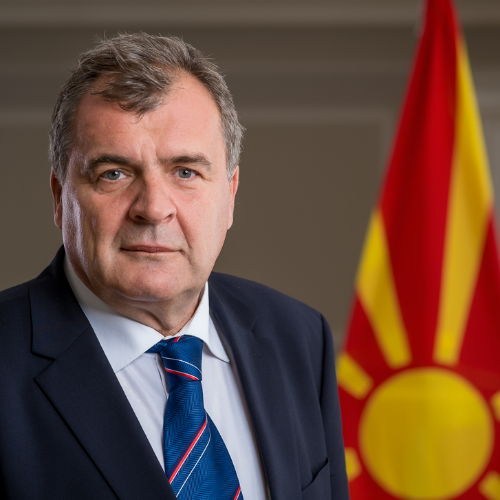 Zoran Sapuric graduated from the Faculty of Law, received his Masters and PhD Degrees at UKIM, gaining title as a PhD in Political Science and Law. He has passed the judicial exam and notary exam and has been teaching as Associate Professor and Full-time Professor at the University American College in Skopje. Sapuric has published 40 scientific-research international papers indexed in respectable international scientific databases, in the area of Environment and Sustainable Development, the European Union and the local self-government, 7 of which published in "Web of Science", 12 in "Thomson Reuters" and in other international scientific bases. Some of the highlights of his career: Minister of Environment and Physical Planning, Member of Parliament in the Assembly of the Republic of Macedonia, Chairman of the Parliamentary Commission on Political System and Inter-Community Relations, Member of other Parliamentary Committees, Member of the Parliamentary Delegation to the Assembly of the Western European Union and NATO . Sapuric worked in the Constitutional Court of Macedonia as a Senior Expert Associate, Assistant General Director of "MZT komerc" and Deputy General Director in the Public Enterprise "Parkovi i zelenilo" (Parks and Greenery) Skopje. Fluent in English and speaks the languages of the region. He also speaks German. Zoran Sapuric was born in 1958.